There are a bunch of different mushrooms!

-Like the Fly agaric, which is a Red and white mushroom-

I dont like to eat mushrooms, but. i like to look at them because there are a bunch of differnt shapes and sizes and colors. like the Fly agaric which is a red mushroom whith white spots. Fly Agaric

Currently there are over 10,000 known types of mushrooms and that Mushrooms are made up of around 90% water.

Amanita muscaria, commonly known as the fly agaric or fly amanita, is a basidiomycete of the genus Amanita. It is also a muscimol mushroom. Native throughout the temperate and boreal regions of the Northern Hemisphere, Amanita muscaria has been unintentionally introduced to many countries in the Southern Hemisphere, generally as a symbiont with pine and birch plantations, and is now a true cosmopolitan species. It associates with various deciduous and coniferous trees. Arguably the most iconic toadstool species, the fly agaric is a large white-gilled, white-spotted, usually red mushroom, and is one of the most recognizable and widely encountered in popular culture. This includes video game design, such as the extensive use of a recognizable Amanita muscaria in the Mario franchise and its Super Mushroom power up.

Despite its easily distinguishable features, Amanita muscaria is a fungus with several known variations, or subspecies. These subspecies are slightly different, some have yellow or white caps, but they are all usually called fly agarics, and they are most of the time recognizable by their notable white spots. Recent DNA fungi research, however, has shown that some of these variations are not muscarias at all, such as the peach-colored fly agaric for example, but the common name 'fly agaric' clings on. Although classified as poisonous, reports of human deaths resulting from A. muscaria ingestion are extremely rare. After parboiling twice with water draining—which weakens its toxicity and breaks down the mushroom's psychoactive substances—it is eaten in parts of Europe, Asia, and North America. All Amanita muscaria varieties, but in particular A. muscaria var. muscaria, are noted for their hallucinogenic properties, with the main psychoactive constituents being the neurotoxins ibotenic acid and muscimol. A local variety of the mushroom was used as an intoxicant and entheogen by the indigenous peoples of Siberia and by the Sámi, and has a religious significance in these cultures. There has been much speculation on possible traditional use of this mushroom as an intoxicant in other places such as the Middle East, Eurasia, North America, and Scandinavia.

-Some other cute mushrooms-

Here is what the smallest mushroom, Mycena adscendens looks like!:

This is the Biggest mushroom, armillaria ostoyae!: 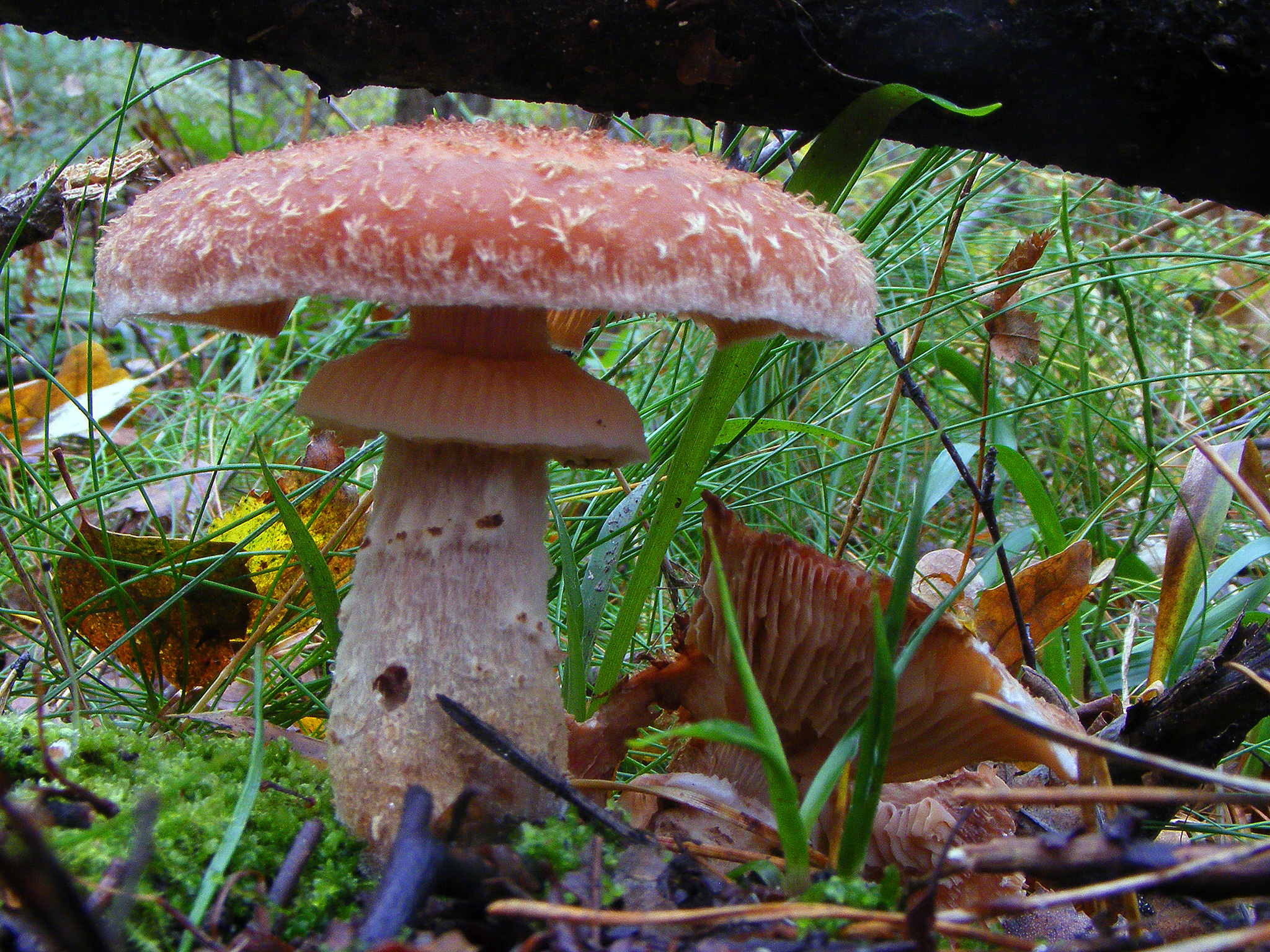 Here is the inky cap mushroom also known as the Coprinopsis atramentaria!:

This is a Mycena chlorophos also known as the Bioluminescent Fungus!: